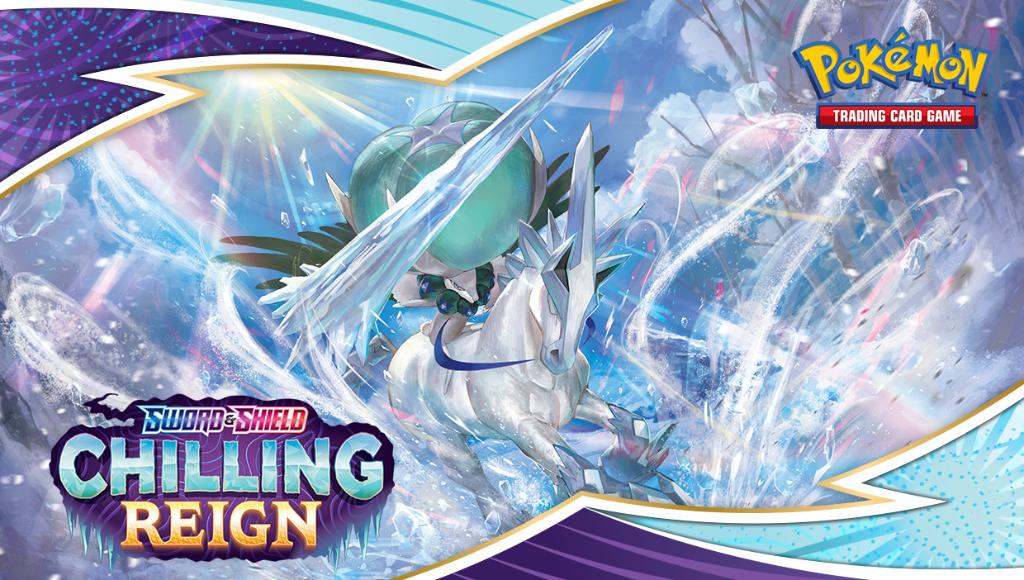 Chilling Reign is the next Pokemon TCG set and it releases SO SOON on June 18th, 2021. Battle Styles was such a hard set to collect (with great cards for the trading card game tbh). It will be refreshing to see ~new cards~ after trying so hard to pull that sleepy Tyranitar and finding only Urshifu over and over and over again. Chilling Reign is a HUGE set at over 190 cards, so I plan on opening… so much. A lot.

first of all the Chilling Reign Art slaps. It’s gorgeous, it’s new, it’s edgy, loves it. The Galarian Slowking V is at the top of my list. Look how evil he looks.

Next up, the Galarian Moltres V is badass. Holy heck.

Galarian Rapidash V has had a big release lately with it’s own Battle Styles box (with glitter on it!!) but this card looks soooooo neat i’ll never get tired of this my lil pony lookin guy!!

And, last but not least, this Girlboss Liepard. Wow.

I have two booster boxes preordered, so here’s hoping!!!! ❤ Thanks for reading!!!