2017 may have been one of the most ridiculous, neato and shitty years yet but one good thing about it was how amazing of a year it turned out to be for music!!! So many good albums released and eased the nonsense of daily reality if only for a moment! Id like to showcase some of my favourite albums that dropped this year! Im listing them in chronological order of when they were released during 2017. Theres kind of a lot here but they’re all good stuff I promise!

“Drunk” by Thundercat February 24th: Check this album out if you want to hear some retro feels and funky beats with album content that doesn’t try to take itself too seriously. Not to mention Thundercat is one of the most talented and fascinating modern bassists and I look up to him.

“Hot Thoughts” by Spoon March 17th: Their newest album has a bit more of a poppy experimental flavor to it. Still indierock at the core, they have evolved to create a nice multi-layered synthpop shell thats definitely not afraid to stand out a bit.

“Forever Or Never” by LAKE April 7th: They still manage to produce some of the most chill, feel good tunes out there but with this album added some well conditioned serious undertones to a couple tracks. Lo-fi indie rock at it’s best.

“Humanz” by Gorillaz April 28th: Such a real and raw sensation pushed by the entity that is this album. A very interplanetary vibe coasts this album along with pretty much every track having a feature by a different wonderful artist each. A fitting addition to Gorillaz’ archives.

“This Old Dog” by Mac DeMarco May 5th: Returning a little to his roots, Mac throws it back to some smooth acoustic jams with a few sprinkles of his signature sound. Very serious underlying meaning across this whole album but a good one to relax to if you don’t think about it too much. One of my faves of 2017. 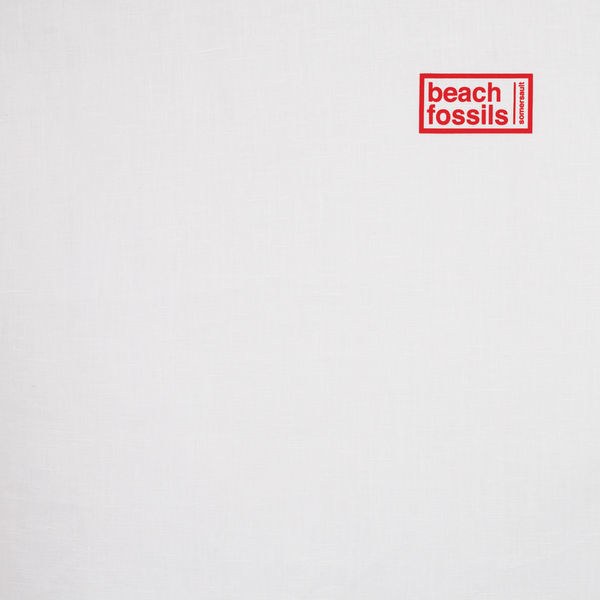 “Somersault” by Beach Fossils June 2nd: Jangly ambient summer tunes is the best way to describe this album. A flurry of nostalgic and enlightening riffs that give you the feeling that everything will be alright in the end. 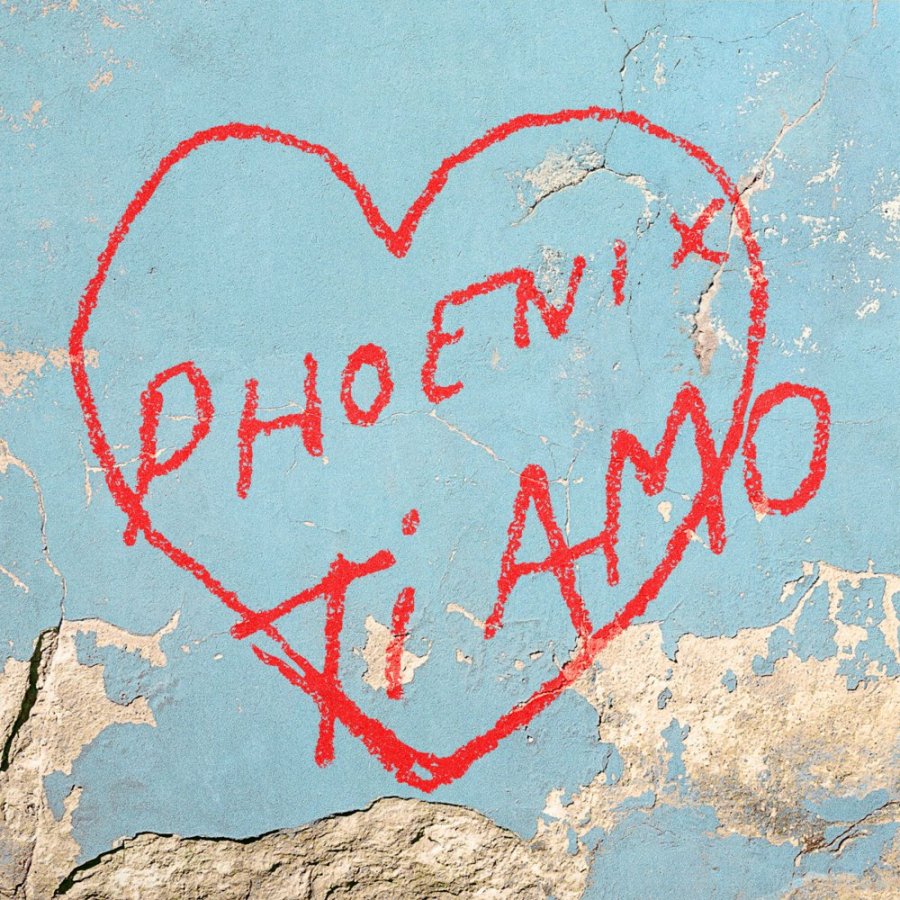 “Ti Amo” by Phoenix June 9th: True synthpop with some slick trance vibes. Solid hooks that will get you grooving and wanting to move. Phoenix is one of the few bands out there that have been around for awhile that have contained a consistent sound while not becoming tale with time.

“Blind” by Castle No Kings June 9th: Bit of self promotion here but my band that I play bass for released our first EP this year and if you like a little heavier music check us out! Melodic hardcore with post punk undertones. 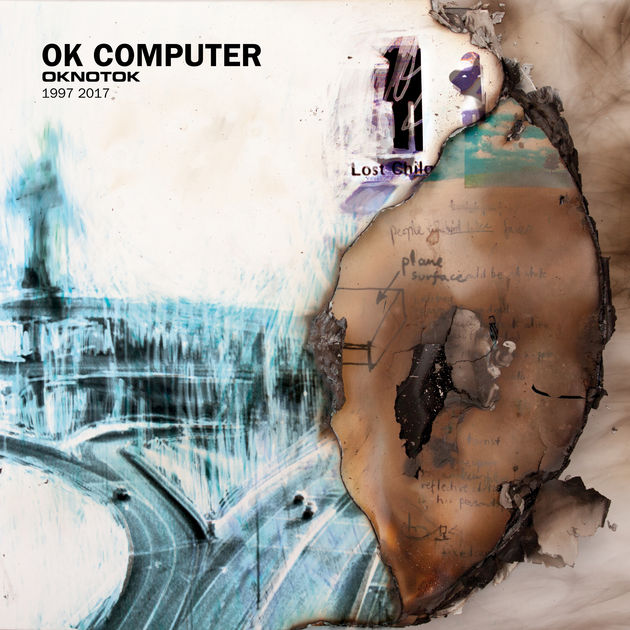 “OKNOTOK 1997-2017” by Radiohead June 23rd: This is a 20th anniversary release of Radioheads 1997 album “OK Computer” that consisted of remastered tracks and B-sides previously not released with the original album. So pretty much old songs with the addition of new-old songs. All so very good. If you’ve never caught any of them then this is the album for you. The daddies of indie rock.

“Mister Mellow” by Washed Out June 30th: Pure naturally occurring chillwave at its prime. Sit back, unwind, turn off your mind and relax to these tracks. Theres even a whole visual album if you prefer something visually engaging to accompany it.

“Sacred Hearts Club” by Foster The People July 21st: Fast paced indie pop you can get down to. Catchy lyrics that can get stuck in your head quick! 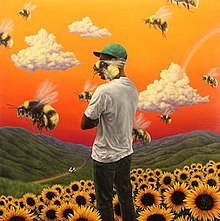 “Flower Boy” by Tyler, The Creator July 21st: Hip hop with some neo-soul influences. Tyler is not afraid to speak his mind and do it with style. Bit of a throwback feel with a couple tracks like “911” and “See You Again.”

“Everything Now” by Arcade Fire July 28th: A lot of disco and funk aspects with a little world music tossed into the mix. Aracde Fire has always liked talking about real life issues and turning the message into art. This album is another example of that.

“Painted Ruins” by Grizzly Bear August 18th: I have a hard time describing this band to people. They are one of my favorites and they are so different from anything else Ive ever heard before. Indie-folk encapsulated with ambient harmonies and mesmerizing intricacies. “Villains” by Queens of the Stone Age August 25th: Driving stoner alt rock with this album taking a bit of a lighter, smoother take than previous releases. High energy.

“The Desaturating Seven” by Primus September 29th: Bass heavy prog rock derived from the childrens storybook “The Rainbow Goblins.” Les Claypool being another innovative bassist of our time I look up to as well. Concept album with some storybook excerpts to follow the plot. 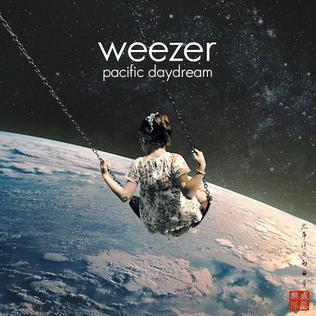 “Pacific Daydream” by Weezer October 27th: Weezer has been dropping new music like crazy as of late and doesn’t look like they’re planning on stopping anytime soon with another new album scheduled for later 2018. They are the masters of the warm, beachy modern rock sounds with this album being chock full of those happy tunes that sound like summer, even though this album released in fall.

“Currents: Collectors Edition” by Tame Impala November 17th: Even though “Currents” was originally a 2015 release, I added it to this list because the newly popped Collectors Edition brought with it three new songs and a couple neat remixes. Psychedelic rock. Check out the original album along with the new b-sides, all wonderful stuff.

That’s it for my megalist of some the great music that came with 2017! I love sharing songs that became a big part of my life and I hope I helped at least one other person find something they think is special too! Let me know if you like any of this stuff and/or wanna chat musics sometime! Twitter: @JakeTheAuror, Facebook: Jacob Flores, Instagram: @castlenojake