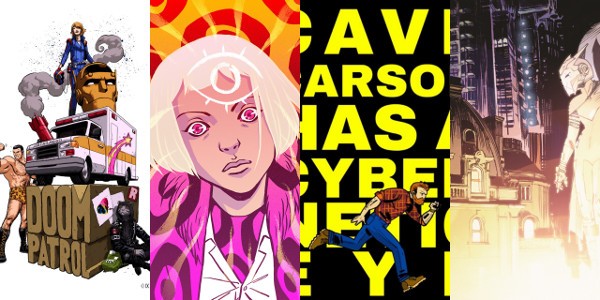 I KNOW ALL OF YOU HAVE HEARD OF FREE COMIC BOOK DAY, but have you heard of Record Store Day?? NOW YOU HAVE. It’s April 22nd. And apparently record stores sell really limited editions of things on that day.

And I know you’ve heard of Gerard Way because I never shut up about him. Or the time I interviewed him at NYCC 2016. The day my life was changed. I got a chance to talk to him about music and comics and how his fans overlap. There’s a video about it on our Invisible Cat Youtube, but if you don’t feel like digging for it or listening, basically he said he feels like he’s using his powers for good by getting all these emo kids into comics. Also he touched my hand and I’ve never been the same since I was blessed by this flawless human being.

ANYWAY, Gerard had an exciting announcement for record store day – which he posted on his instagram:

The only unforturnate thing is: Limited to 5000. I have to get oooooone. Where is there even a record store??!?!? Help!!

Good luck finding one, and I hope your Record Store Day is fabulous~