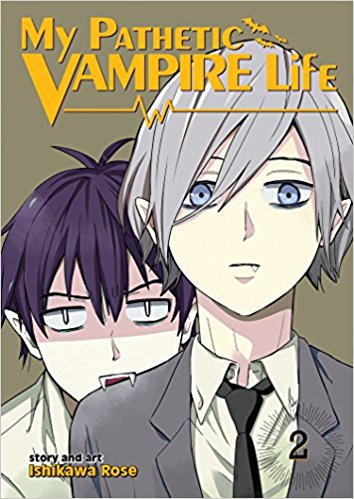 YAY, so glad to have had more of this to read. My Pathetic Vampire Life #2 was literally just as good as book one. THESE VAMPIRES ARE SO DANG RELATABLE.

If you don’t remember My Pathetic Vampire Life, or didn’t read it, it’s about a boy named Koide who turned into a vampire at age 16 – so now he’s doomed to repeat his 16th year. He’s on year number 134 of the 10th grade. Laws require him to stay in school to keep busy, he can’t feast on human blood and the sun makes him lose consciousness. Koide’s life is inconvenient and pathetic. But there’s a few other vampires in his school that keep him company. He’s never had much luck making mortal friends but this year people seem to be interested in his life!! He’s havin’ a (mildly) good time!!

The book is a nice wholesome comedy – makes me giggle, feels like a slice of life anime. The chapters are short, and you could really start anywhere and understand the plot. Koide follows the weird vampire laws in place for some reason – maybe because he really doesn’t care.

Koide’s immortality is brought to our attention when Koide says he’s visiting his sister – of course he means visiting her grave, but Koide’s classmates picture her as a vampire and are excited to go with him. He takes them to the cemetery, where one of his ex-classmates (who is now really old) is the attendant. His old classmate tells him that more and more of his previous friends are showing up in graves, and Koide’s current classmates are 100% weirded out. They decide to live life to the fullest!! Because it’s short!!! Except for poor Koide!!

It makes me sad that Koide’s family isn’t still around. Koide seems indifferent. I guess his sister died a peaceful death tho, when it was her time which probably made it easier to deal with. I get that the book is less about emotional trauma and more about the dreariness of being a teenage immortal.

Though the jokes are a bit repetitive, I really relate to all the characters and LOVE that it references old vampire lore – with a few changes. I might not be over 140 years old but I doooooo relate to the dullness of everyday life!!!

Anyway, can’t wait for the next book. If you want to get into this manga series, which I highly recommend if you simultaneously want to laugh and be depressed, the books are pretty cheap on Amazon. 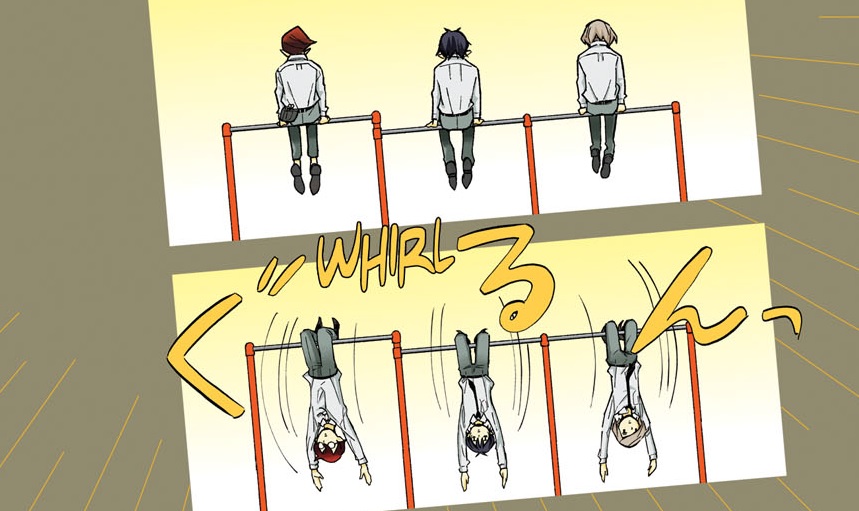