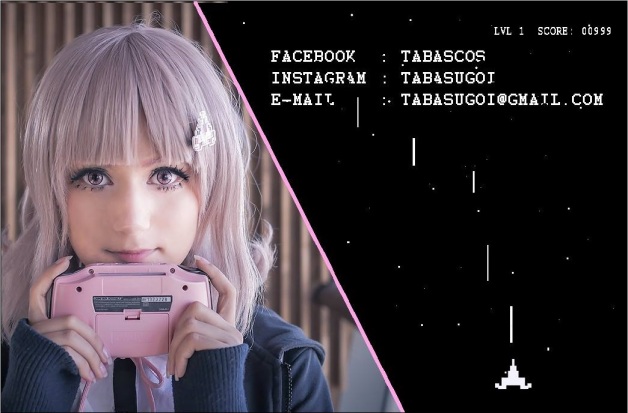 Hi everyone, Kyle here, and today we’re flipping the script and I’m doing a cosplay feature instead of Jen. Wild I know. This time we are featuring Tabascos, a very talented cosplayer from the Netherlands, who I met a few years ago randomly on instagram when I saw some of her awesome Jojo’s Bizarre Adventures cosplays. I’ve been talking to her ever since, but I tried to get an interesting and informative interview from her as she’s super cool. Here’s a link to her Facebook as well as her instagram. Hope you all enjoy!

Question 1 How’d you get into cosplay??

I am trying to answer this but damn
are interviews this hard
give me a sec
or one hour.

I’m not in a rush, I’d rather well thought answers anyways so take your time

I don’t really know how I got into the cosplay community since, I basically grew with things like anime and games, since I was a kid I liked to be in costumes, (who doesn’t?). I joined a dutch social media, met people who liked the same things as me and learned about many more new things, conventions, cosplay, art, etc. I can remember my very very first ‘costest’ was Alice from Pandora Hearts when I was, 12? I don’t have a picture; thank god…I’ve missed many cons duo mom being overprotective about me, but then finally I was allowed to visit a con in 2013, and that’s when I cosplayed for the first.

Is that a good one?
because really I grew up in that community so it’s not really a big surprise for me…

Question 2. Do you have a favorite character to cosplay?

I guess it’s Nanami Chiaki (Danganronpa)
she’s the first character I took seriously in cosplay
I personally really like your Joylene (Jojo’s Bizarre Adventures) but Nanami is super cute too!
Question 3. What are some characters you have yet to cosplay that you really want to do??
At the moment I really wanna do Widowmaker(Huntress), and Hanzo (Okami) , actually too many haha… so many characters to cosplay.

So i guess my next question would be… do you generally make your cosplays or buy them?

Depends on which is cheaper lol, I’d say: Bit of both I guess, I started cosplaying by buying them and altering them. But I made my first cosplay in February 2016, and in total I have made 5-6? cosplays. I still am new to this whole making cosplay thing but I am willing to learn, since I’ll try to make all my cosplays this year. (that I haven’t bought yet, for example: Cafe Maid Nico, I’ll wear it to a con this year but I bought it in September cause it was cheap.)

I feel that. I’m trying to learn how to make cosplays myself. I’m very new to sewing. Like i like to draw and do art but crafting is a whole different story.

So not exactly a cosplay question but what are some of your favorite anime and video games?? 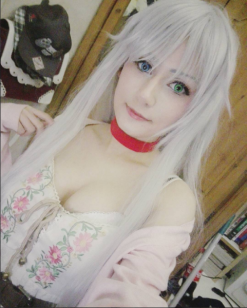 My favourite anime is I guess, K project; I love the animation, the story, and the characters. My favourite game, I don’t really have a favourite game but I guess in my top (whatevernumber) list it would be: Final Fantasy VII Dirge of Cerberus, and Crisis Core, Assassin’s Creed 2, – Brotherhood, Devil May Cry, Tomb Raider, Resident Evil 4 and 6, and at the moment I have been playing Overwatch a lot.

in the Netherlands, like if theirs a lot of them, if there is any big cons and if a lot of people go as I could honestly go to a con every month in America if i wanted.

Eh, well, the Netherlands can like fit 50 times in US so, imagine what a big con for the Netherlands must be in America. Small perhaps. There are cons monthly but most of them are small and only fun to meet up with friends, then we have like 3 big cons in the Netherlands. But then again, we also have Germany and Belgium.

That’s fair as far as the size of the Netherlands being way smaller. going to different countries for cons must be kinda cool though.

I guess my final question would be, what things are you into other then anime and video games?

I love sleeping too. Thanks again for answering my questions!

I hope you enjoyed my first foray in interviewing a person. Don’t worry though it won’t be the last as I already got a few more interviews planned out.