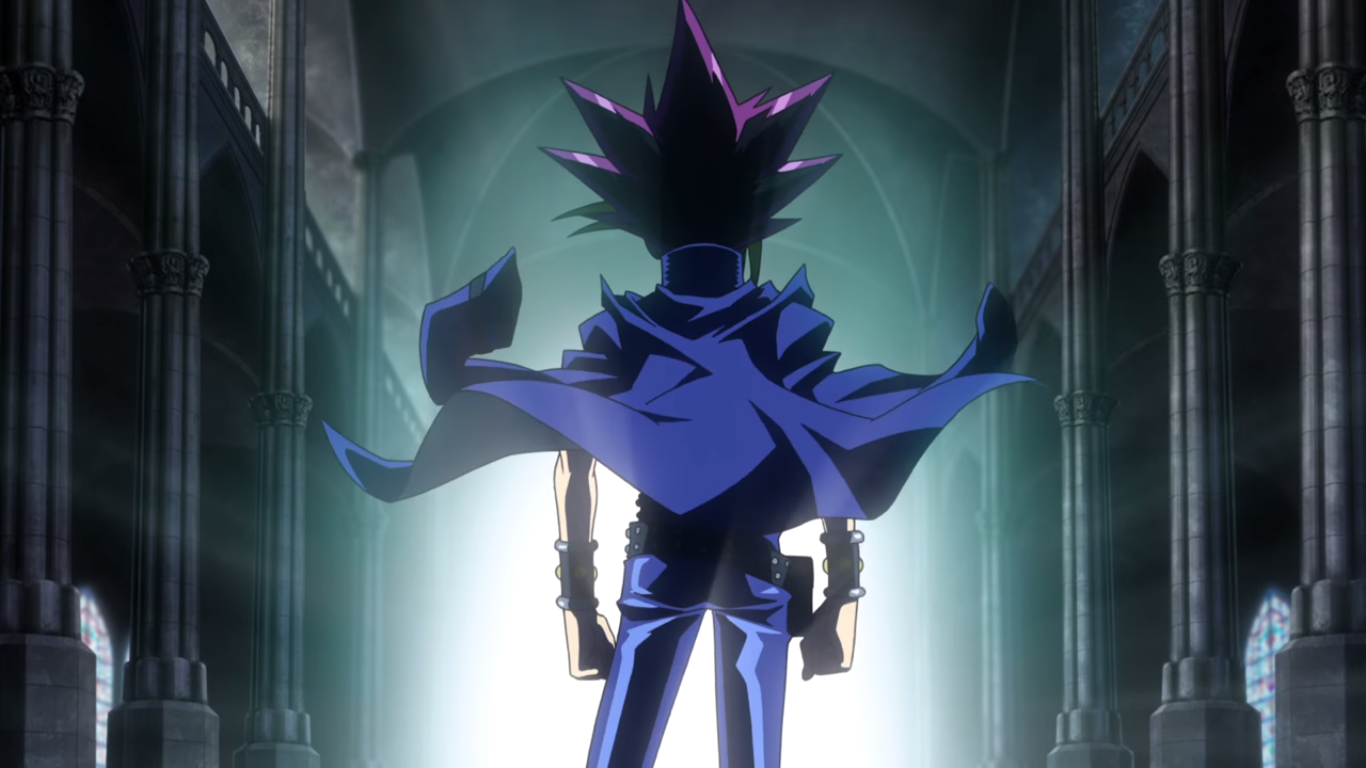 Yu-Gi-Oh! has been a franchise that I have been fond of ever since I was a kid. While I didn’t get into the card game competitively until a few years ago, I always really enjoyed the anime and the video games. Even with 4Kids laughable dubbing, and early Yu-Gi-Oh season one antics where cards have strange alternative effects that just don’t exist in the card game, it is still a ridiculous series and I find it very enjoyable to watch from time to time. While my main fondness of the anime comes from the series Yu-Gi-Oh GX, I was overjoyed to find out that a movie set in the original Yu-Gi-Oh series was being produced. Enter Yu-Gi-Oh!: The Dark Side of Dimensions, the latest Yu-Gi-Oh film. As stated, a lot of the appeal of this film came from the fact that the original series had a very concrete ending. The Pharaoh is gone, and now Yugi must live without the assistance of his once prominent alter-ego. Now while other series and films have been produced after the original anime series of Yu-Gi-Oh! has taken place (see GX, which features a ton of references to it) this film is instead almost a direct sequel to the TV series, taking place only a short while after The Pharaoh has passed on. In some ways, it feels similar to how Dragon Ball Z battle of the gods was made, being that of an anime going back to its roots with a sequel in the form of a film. Yu-Gi-Oh, unlike Dragon ball has had a variety of anime series take place since the original series and Arc-V is currently still airing and I feel like a lot of things have been learned since the original series of Yu-Gi-Oh that are present in these new series are on display in the film and make it all the more thrilling and interesting. Duels are much more dynamic and feel very high tech. While the battles don’t come close to the insanity seen in Arc-V, the way duels unfold feels close to that of Zexal from both a technical stand point and the overall aesthetics of the duels. larger monsters are rendered in CG, such as a Blue Eyes White Dragon, while monsters like Dark Magician are drawn. while this may seem jarring at first, I actually think it adds to the spectacle as the CG monsters look larger then life and have a certain presence the other monsters just don’t have. If the Cg looked bad it’d fail miserably but luckily enough love was put into the models and it’s definitely rewarding.

Not only did Duels get a large upgrade in the visual department, the overall look of the film is very crisp and new. While characters still look familiar the artstyle they are drawn in is drastically different and highly stylized. While some may not like the new art, I’m a huge fan of the new designs, with characters like Tae and Kaiba being huge stand outs for me.

So while the look of the film is wholly all it’s own, all the characters feel exactly as they were in the anime, with Kaiba stealing the show with his stellar dialogue and ridiculous actions. It was nice to see his absurd character kicked up to 11 and was by far the most enjoyable character in the film.

In all, I don’t want to spoil the film at all as it has just finished airing in films, but I enjoyed it thoroughly. while the actual plot of the film I feel is pretty standard fair for Yu-Gi-Oh, the stellar voice performances, amazing animation, good dialogue, and all around interesting new cards made for definitly the most enjoyable of the Yu-Gi-Oh films. If your a fan of the original series you don’t want to miss out!