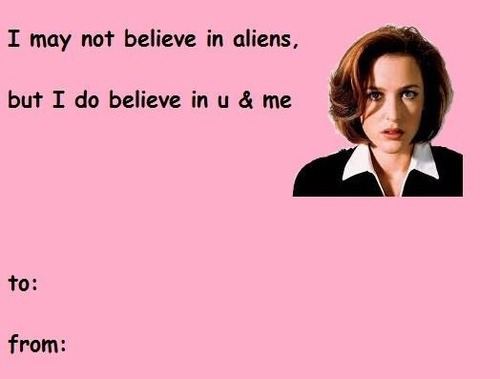 GREETINGS, DEAR READERS. IT’S VALENTINE’S DAY 2013. Yes it is. Okay. No it’s not. But more importantly, on Valentine’s Day 2013 I made a list of the Top 20 Fictional Couples. It was super fun and I rushed through it but it’s still a good list. If I made the list now it would be way different. Maybe i’ll make a new Top 20 Fictional Couples List. Maybe I won’t. Maybe you will. Anyway, read my list from 2013:

Happy Valentine’s Day! If you’re spending the day at home on the interwebs like I am, then I’ve got a present for you. It’s a list of the best fictional couples! There were a lot of nominees, but I’ve narrowed it down to the top 20. We’ll start at #20.

Helga was a tiny bit obsessive, but admit it, you shipped them SO hard. Nothing says love like a shrine made of gum and random monologues in public.

They might have only been friends but they were a great team. I believe it was the Growlithe episode in the first season that showed me how much Jessie and James really care for each other.

If the first ten minutes of Up didn’t have you in tears then I am truly convinced that you don’t have a heart.

Despite their frequent unnecessary PDA, they’re adorable. I’m so glad Tree Trunks found someone and i’d like to take this time to congratulate her on her recent marriage.

They had so many ups and downs and then didn’t even end up together. </3

Did you think I was going to leave out the most iconic couple of the late 90’s/early 2000’s? Ross annoys the hell out of me but if Rachel loves him then I do too.

Even though their date left Devi emotionally devastated and caused her to become a total shut-in, they still would have been a cute couple, right? Right?!

Love at first sight. :,) Arwen might not have been that big of a role in Lord of the Rings, but she was Aragorn’s inspiration.

Even though Tony is a total ass, Pepper sticks around and that’s real love.

Casey Jones is a total badass and April keeps it real. The 1990 live action movie caused me to fall in love with Casey Jones, too.

Fate or a horse brought them together, and Flynn Rider gave up his reputation and a life of crime to be with the adorable lost princess. My favorite thing about Flynn Rider is that he’s supposed to be a combination of the hottest gentleman, and that Disney had a hot guy meeting to develop that character.

They might just have been hinted at on the Cartoon Network, but they definitely have some kind of past and the fanfiction and fanart for this ship is beautiful. Let’s hope they can work out their pasts and that lesbian couples will someday be acceptable enough for the Cartoon Network.

7. The Doctor and Rose Tyler – Doctor Who

Amy has some doubts on their wedding night and tries to seduce the Doctor, but in “Amy’s Choice” she realizes just how much she loves Rory and despite several depressing things happening, they do end up happy together.

It only took a thousand paranormal experiences to convince these two there was nothing paranormal about their feelings for each other.

The Sailor Scouts might be powerful, but Sailor Moon and Tuxedo Mask show us multiple times that there’s nothing stronger than the power of love.

There aren’t enough scoundrels in my life. *sigh*

I think everyone on the planet is in love with Ramona Flowers but Scott fought and defeated her seven evil exes for her.

It was the fear of losing Padme that drove Anakin to the dark side because he was so in love with her. I can’t think of a better love story than theirs, no matter how tragic the ending. How different would it have been if he had never strayed to the dark side? Are you crying? I’m not crying. 😥

That’s the list! But if you don’t have a date this evening, totally don’t feel bad. Here is the #1 most badass fictional single lady: Merida.

So single or not, Happy Valentine’s Day!!