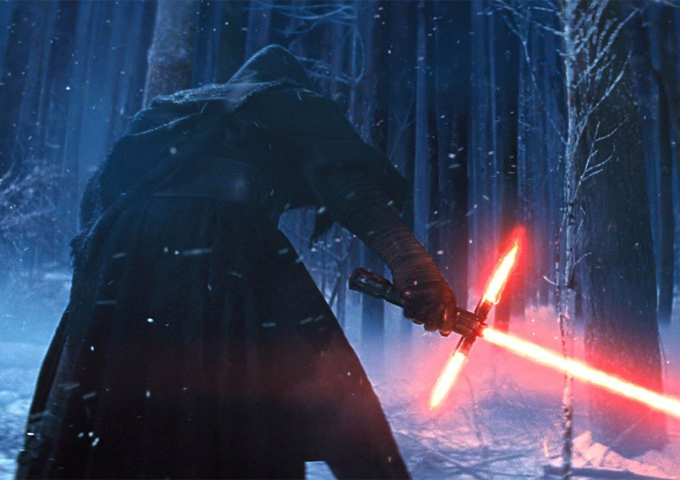 Hello!! So I hope you have all seen The Force Awakens because I pretty much suuuuuper loved it and I just got back from my second time seeing it. I’ve Got Some Things To Say About This Movie – and I’m sure this won’t be the last time I say things about it because I’ll probably think about stuff I forgot later. Also if you guys have anything to add or differing opinions please tell me because I love talking about Star Wars and nothing else. Ever again.

Okay, so it started right off with that ideal Star Wars aesthetic. I was really worried about that with the new director and it being Disney and all, like what if they got rid of the Power Point-esque scene transitions? Thank God they didn’t. For real though. It felt like a Star Wars movie and I was worried about it being Star Wars but not feeling like the good Star Wars that I want to hug. I’m actually wondering if in ten years this movie’s effects will look as cheesy as the prequels. God, I hope so.

Rey is instantly loveable, a precious cinnamon roll. Her little pilot doll in her tiny living space, her suffering, her tally marks, and puttin’ on that pilot helmet made me want to pick her up from Jakku and let her move in with me. I like that she cared to help BB-8 even though that planet and everyone on it seems really shitty. I’m glad she’s not a bitter shitty person from years of suffering and sand. Fuck Sand.

BB-8 is precious but I did miss R2. BB-8 is a little cutie but R2 had a bit of sass to him. But I still want to be friends with BB-8, especially after his lil’ thumbs up with Finn.

Finn is great. I love his attitude but also how did he not become bitter and shitty? Are stormtroopers treated nicely? Also if he was in the sanitation department, wtf was he doing on Jakku in the beginning? Like does the sanitation department frequently go on field trips to kill villagers?? Idk. But either way he was a pretty cool dude and he made me laugh a couple times. Not as much as Jar-Jar. But a couple times.

I don’t have to tell you that Han and Chewie are great. And Leia. Leia is still pretty great. C3-P0 is still annoying to me but I mean, I’m glad he’s there. Good for you, C3-P0.

Poe Damaeron? (sp?) He cool. He reminds me of Joey from friends but with coherent thoughts. I hope him and Finn are best bros for life and nothing bad happens to him. He’s also a precious cinnamon roll.

I hate General Hux. I feel like he would chew loudly in quiet rooms.

Snoke? Gross. Why lookin’ so gross? There’s a theory going around that he’s Darth Plaugeis (sp???) but like, why cheat death if you’re going to look like a ball sack? I don’t know.

And Kylo Ren. *drools* Okay I knooooooow he’s a big douche that killed hundreds of people but hear me out: he felt abandoned by his dad. Some people listen to loud music or drive fast cars to get through that, he just went to the dark side and was a total douche and killed some villagers, it’s whatever. Alright, so he’s a pretty fucking terrible dude. He killed his own father, betrayed his fam. I felt betrayed. I feel like there is still light in him though, Leia believes it and I believe it. You can tell he wanna be good. Also I really think he looks like a big nerd and I don’t know why I’m attracted to him.

I had a point to make but I literally forgot it after I talked about all of the characters. I know there were other things I wanted to mention but this is good for now, right? this is PART ONE of talking about Star Wars. Thank you for reading all the way through this even though I lost the direction I was going with this entirely. More sooN!