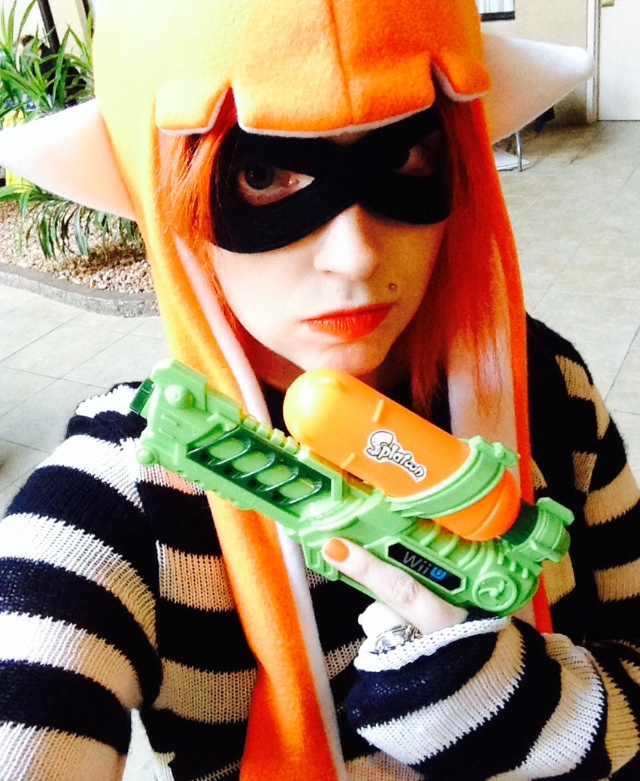 Wow!! So we arrived kind of late but I have to say that Albany Comic Con has made a few improvements (I’ve definitely posted about this con before, it’s kind of a local one). For starters, I liked that they moved most of the vendors to a larger room upstairs because space was definitely becoming an issue with this tiny convention getting more popular. Albany’s different from most cons but I like it: it’s super family friendly and there’s always lots of cool kids in cool costumes and lots of older people having a good time too. I always see lots of teen cosplayers, so it kind of has something for all ages. Most cons are for a young adult crowd, so this is kind of cool I guess if you wanna just have a chill day.

Anyway: We arrived late. We took a few pics. Check them out!!! 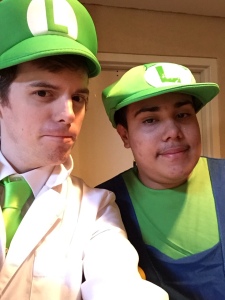 That’s Keith’s selfie with ANOTHER LUIGI. Keith was the Doctor Luigi. Other Luigi’s kids were cute. They were like “TWO LUIGI?!?!? HOW” and “I’M SEEING DOUBLE!!” 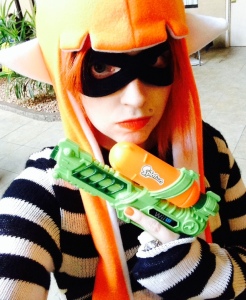 This is my Squid Kid cosplay. Originally planned on saving it for NYCC, but NYCC is big and stressful to cosplay at and this is a small comfy con so I wore this comfy squid outfit. The hat is soft. 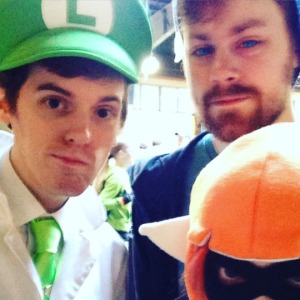 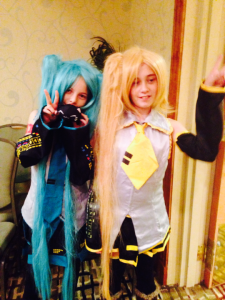 These two were so cute and having fun dancing and just generally having a good time and being very nice, which is what cosplay is about. Yeeeee, good for them.

I got a few cool halloween stickers from the cool people at http://www.edyancey.com – that was cool.

One thing I was sad about is even though it went until 5, most vendors were mostly packed up at 4:30 and trying to get outta’ there. Sucks, I got there at 3:30. I love to sleep in. Would be very cool if this show went later. Maybe even six o’ clock later.