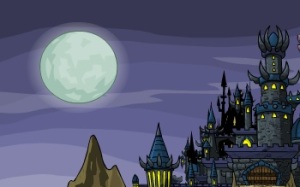 It’s Altador Cup time on Neopets again and I hope to heck that you picked the most goth team, Darigan Citadel. Awwwyeeeeah. I have stayed true to Citadel since the war in 2003. Now I play some fucked up version of soccer against other Neopian lands every year for them because I love the the Darigan Citadel so much.

What Is The Altador Cup?

It’s the second most important yearly event on Neopets.com, the first being the Advent Calendar. Basically you play Yooyuball, which is a fucked up version of soccer, really. Each land in Neopia has a team and the point is for your team to beat them. If you suck at Yooyuball, which everybody does, there are other games to play to support your team in the Altador Cup. Slushie Slinger is hard, Make Some Noise is easy and Shootout Showdown I could literally play with my eyes closed. The Yooyuballs is what makes Yooyuball challenging, because each one does a different thing and most of them are unpredictable especially if you forgot everything from last year. What do the Yooyuballs do, though? Okay, I’ll tell you. Since you probably forgot. But you have to join the Darigan Citadel.

The Normal Yooyu: Does what you want. Acts like a normal ball. Hell yeah.

Faerie Yooyu: Slightly curves a different way than you intended. Why?

Clockwork Yooyu: Moves slowly and explodes in like, ten seconds. WHY?

Darigan Yooyu: Who knows, man. Whatever it wants to do. It’s random.

Mutant Yooyu: Does a different thing every time you get it, so good luck.

Once you memorize all that, play a game of yooyuball. It lasts three minutes and it HELPS the TEAM, bro. Each goal you get shortens the game by 8 seconds too, so you know… git gud.

There are different powerups in the game, too. But those are really self explanatory. The ice freezes opponents, the wings make you faster, etc. You can figure it out. It’s an easy game that everyone sucks at.